Whilst working at Jason Bruges Studio, we were commissioned by the Natural History Museum to do several installations for the new ‘Life in the Dark Exhibition’.

I worked on this for about half a day and helped the lead animator by generating moth content which was created in cinema 4d using xparticles.

I created a rig in cinema for the bat layout and tested the shadows within that for the final configuration. The bat nodes formerly are a combination of roosting and flying bats and were designed along with several others during the prototype phase. The final layout of the bats was also put into grasshopper where I also was able provide the production team with relevant information for on site assembly.
For the content:
I wrote a Python script to interface with the physical lights from cinema 4d for the onsite testing of content. I was able to see the shadows in real-time which was really cool to see what speeds, light levels and light movements worked in shadows. The content ended up being an amalgamation of 13 individual sequences of bats moving in and out of the cave. The content was made using Mograph a toolset within Cinema4D. In the end I baked out the colour values for each pixel for the entire sequence and the text file was converted into a movie that looped alongside the sounds of the bats. 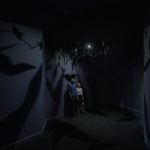 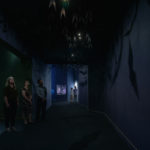 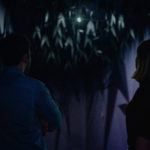 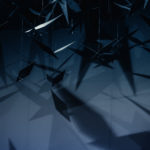 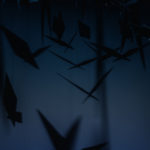 AR in Unity for IPad Pro