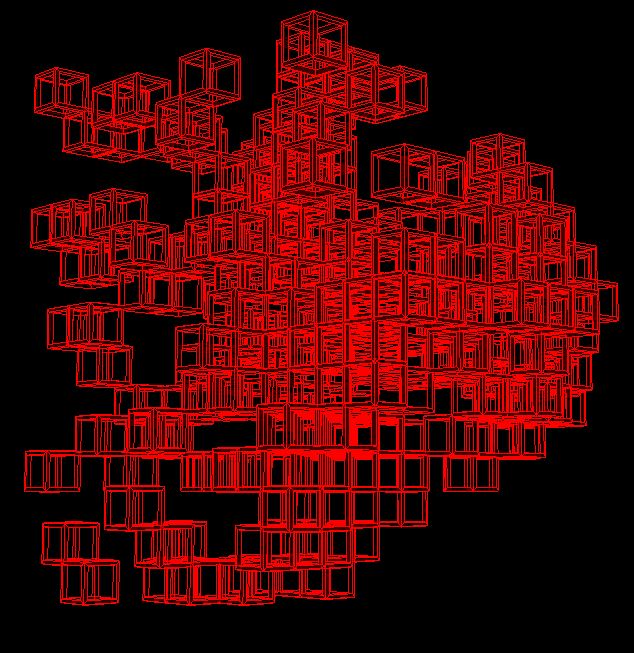 After creating a 2-dimensional Conway, I went about trying to code a 3d conway in Houdini.

Using the nearpoints function within Houdini I was able to obtain all the neighbours of the cubes within a given radii. I then applied conway’s rules with some adaptation within the solver node.